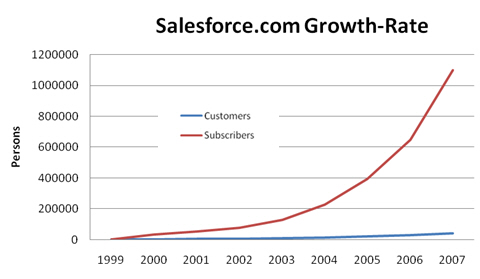 But it is not just that tremendous growth of the user-base which makes the success story of Salesforce.com so impressive but also the extremely fast growth in sales (85% 5-YR Sales Growth) and earnings per share growth (40%) which brought-in salesforce.com the distinction     of the Forbes Magazine – second rank in America’s Fastest-Growing Tech Companies in 2007. (John, 2008)

Which factors leveraged this success? Salesforce.com had an excellent management from the start-up phase of the company. Marc Benioff was already an experienced Oracle Manager when he founded the company.

Furthermore, there are several technological steps which leveraged, in our opinion, the growth of the company. 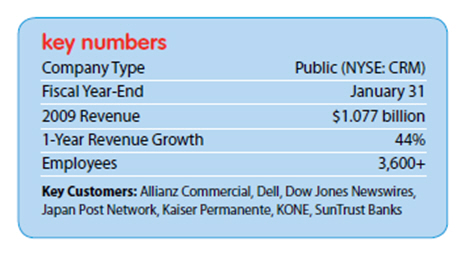